They used to minister to the sick and dying together, after almost 20 years of trying to adjust her status ICE deported his wife 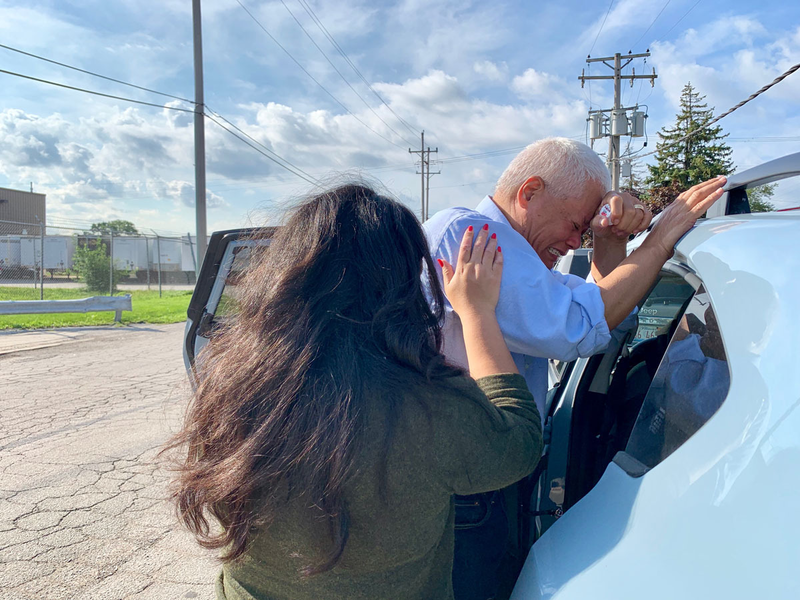 In the photo - Edgardo Bartolome, a U.S. citizen and part-time pastor at Filipino Immanuel Baptist Church, in Chicago, is being comforted by his attorney after seeing his wife Julie one last time before she is deported. (photo by Esther Yoon-Ji Kang/WBEZ via the NPR article on 9/3/2019)

Edgardo and Julie Bartolome's journey to adjust Julie's status began back in 2002 when they filed an I-130 petition. Through that process, they found out Julie had an outstanding order of removal from the '80s when she overstayed her visa and applied for asylum. At that time her asylum application was denied and she was ordered to return to the Philippines. After that and with confusion about the status of her case, she moved to Chicago and met and married Edgardo.

In 2002 they started the I130 process, learned of the previous removal order, and spent over 15 years writing letters to lawmakers pleading for help. But the process did not move forward.

In 2017 they re-filed an I-130, not really understanding how the immigration laws work. When the I-130 was approved they and their entire extended family were elated. But when they went into the appointment on July 17, 2019, an officer came in and led her away. It turned out that by trying again to adjust her status they had brought themselves to the attention of ICE.  She has now been deported.

According to their current attorney Del Rosario, "Julie had no negatives in her case, it's a bonafide marriage with no criminal history. She's eligible for a greencard."

Read more about their story at the following articles:

Please support our valuable work of trying to get laws changed so that no more U. S. citizen families have to be needlessly separated. Become a volunteer or support us for as little as $5/month.