Tearful besties' farewell over husbands' green cards: one got his and the other has no date in sight 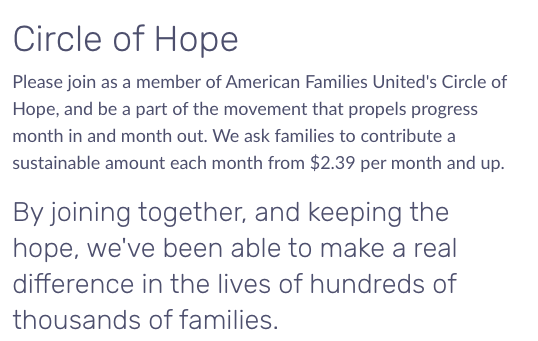 SUPPORT US FOR AS LITTLE AS $2.39 PER MONTH IN OUR CIRCLE OF HOPE 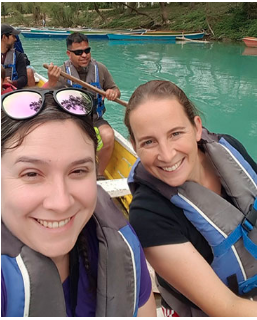 Late in 2006 two American citizens named Nicole and Heather moved to México. Both women were in their late twenties at the time. They didn’t know each other yet, but they had a lot in common. For one, they were both moving for the same reason and not entirely of their own choice. The pair finally ended up meeting years later when Nicole published her memoir Amor and Exile: True Stories of Love Across America’s Borders, co-authored with journalist Nathaniel Hoffman of Define American. Heather came across the book on Amazon and reached out to Nicole when she saw she was living in the same state in México.

Nicole Salgado and Heather R. both moved to México with their husbands, Mexican citizens, to wait out ten-year “bars” that their spouses had incurred as immigration penalties, each under somewhat different circumstances. Nicole’s husband Margo had “entered without inspection” (EWI) twice in California and then stayed in the country for more than a year. Heather’s husband had entered on a tourist visa and found work, overstaying his visa. Both cases necessitated that the spouses apply for I-212 waivers of “inadmissibility” in order to be considered for permanent resident status as lawful spouses of American citizens.

Nicole and Heather had a lot in common and quickly became fast friends. They both had started raising their families in Querétaro, a small state in Central México. They both taught English at some point. They had so many things in common that their families became close and supported each other during the ups and downs of immigration applications and interviews, as Salgado writes about on her Amor and Exile blog.

Nicole referred Heather to her immigration lawyer, who has stewarded both families’ cases over the last several years. Heather’s family’s bid to return to the States was eventually successful, but she never would have had to spend thousands of dollars, or turn her life upside-down by moving to Mexico in the first place, if the U.S. had more humane immigration practices.

Nicole and her family are still waiting for their happy ending. It’s been over 10 months since they received notice of their I-212 waiver approval. Last February Margo was given a projected waiting time of three months for a visa interview. We are now in September. Nicole and Margo celebrate their 15th wedding anniversary this December, have been together for 18 years in October, and have a 9-year-old daughter (a U.S. citizen) who has never lived in America. Nicole hopes that soon her husband will be afforded the same rights as her and their daughter.

Both Nicole Salgado and Heather R. are U.S. citizens and were unable to go before a judge to advocate for their rights. A U.S. citizen’s rights are not respected under current law. It is time to restore judicial review in family separation cases and AFU is working towards that solution. We have been actively sharing these stories to raise awareness of how common they are, with more than a million U.S. citizens adversely affected.

American Families United is a non-partisan 501(c)(4) non-profit that represents U.S. citizens and their spouses and children in advocating for the highest priority for legal immigration and advancing solutions that protect citizens’ rights on par with immigrant rights.

Nicole Salgado is an ecologist and educator based in Querétaro where she lives with her family. She holds degrees from Cornell University and San José State. Personally affected by immigration policy since 2001, Nicole co-authored Amor and Exile: Stories of Love Across America’s Borders (Cordillera West Books) and joined American Families United in 2013. She joined AFU’s Communications team in 2018.

Nicole is a writer for the Communications Committee, click here to see her bio.

Sign in with or
Don't have an account? Click here to create one.
Please check your e-mail for a link to activate your account.
Author of Amor in Exile gives an update on life in Mexico and a friend that returned home.
Tearful besties' farewell over husbands' green cards: one got his and the other has no date in sight
About