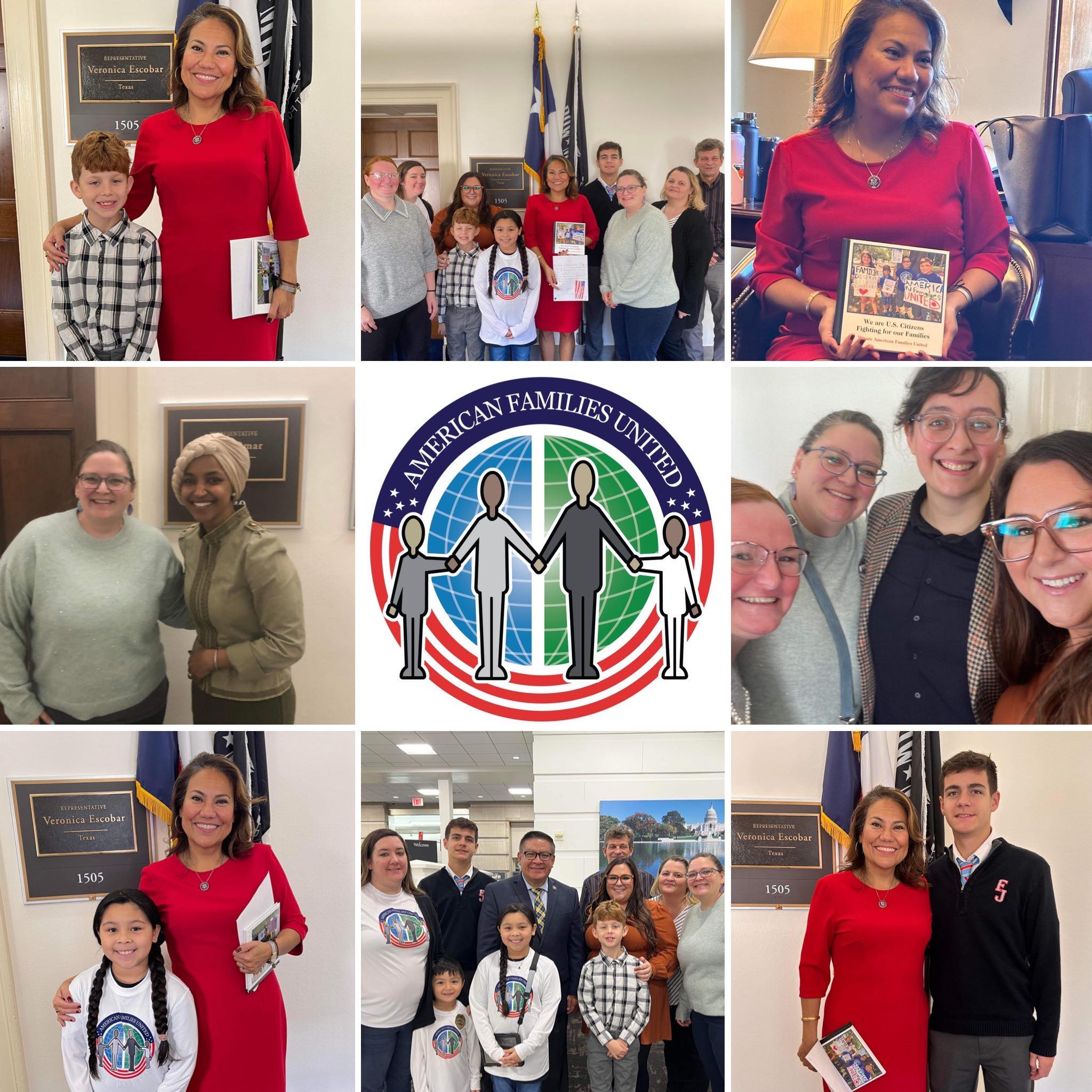 Leader Hoyer sits on Immigration reform bill that provides relief for 2 million US Citizens.
*** Members of the media interested in interviewing someone from American Families United should contact Ashley DeAzevedo at [email protected]***

WASHINGTON, D.C.  - American Families United (AFU), a non-profit working to advance legislation that affects U.S. citizens married to foreign nationals, believes Leader Steny Hoyer (D-MD) is sitting on HR 2920 The American Families United Act, preventing it from passing in the 117th congress. The bill, which would allow immigration officials to use discretion when processing residency petitions for immigrants married to U.S. citizens who face an administrative inadmissibility, has successfully passed markup, with no amendments, and has wide support in the House.

The American Families United Act was introduced to the 117th Congress by Congresswoman Veronica Escobar (D-TX) and Congressman David Valadao (R-CA) and has enlisted 80 bipartisan co-sponsors. If passed, the bill will provide relief within the legal immigration system to US citizens whose spouses face hurdles in gaining legal status.

The bill has support from both moderate and progressive Democrats, from Republicans, members of the Problem Solvers caucus, members of the Blue Dog caucus, and an endorsement from the Congressional Hispanic Caucus. The bill was listed as one of the top 3 immigration bills put forth by Chairwoman Zoe Lofgren and Chairman Jerold Nadler to end the session.

“At this point, we are being told Leader Hoyer is the last stop for our bill and it is his responsibility to schedule the vote. He has not done that yet and every time we speak with his staff, we only get fingers pointed back at leadership. It feels like the goal posts move with every conversation,” said Ashley DeAzevedo, president of American Families United.

The frustration is palpable as this bill would provide much needed relief to US citizens, many of whom are separated from their spouses or are living in exile away from their country. Members of American Families United traveled to Washington D.C. last week to plead their case with key offices. Included in the group were Ariana Valencia, 8, and her younger brother Emmanual Valencia, 3, who have been separated from their father for over a year after his visa was denied during his consular interview and who faces 9 more years of separation before he can reapply. Additionally, Hoyer’s constituent fears she won’t be around to witness her daughter graduate from an Ivy League University, where she is a biomedical engineering major, if this bill doesn’t get a vote.

“We are not talking about criminals, in fact HR 2920 does not cover any criminal waivers. We are your coworkers, schoolmates, and neighbors.  We shop at your grocery store, play on your sports teams, worship in your churches with you.  We need the American Families United Act to pass into law, so that our families can come home and be protected from cruel and unnecessary separation,” said DeAzevedo.

American Families United estimates that more than 1.4 million U.S. citizens have experienced family separation because their family includes the spouse of a U.S. citizen who has been refused a visa or deported from the United States and another 2.8 million U.S. citizens are facing the possibility of family separation for this reason. The American Families United Act draws strong support across the political spectrum. In recent polling, Democrats support the bill by a margin of 10:1, Republicans support by 4:1, and Independents support by 5:1.

To ask your legislators to champion the American Families United Act, visit www.americanfamiliesunited.org/champion.

Violence is for those who can't handle diction.. I’m here for @311 #immigrationpolitics @amerifamsunited