An article about DACA recipients, one of which has Leukemia and married a U.S. citizen 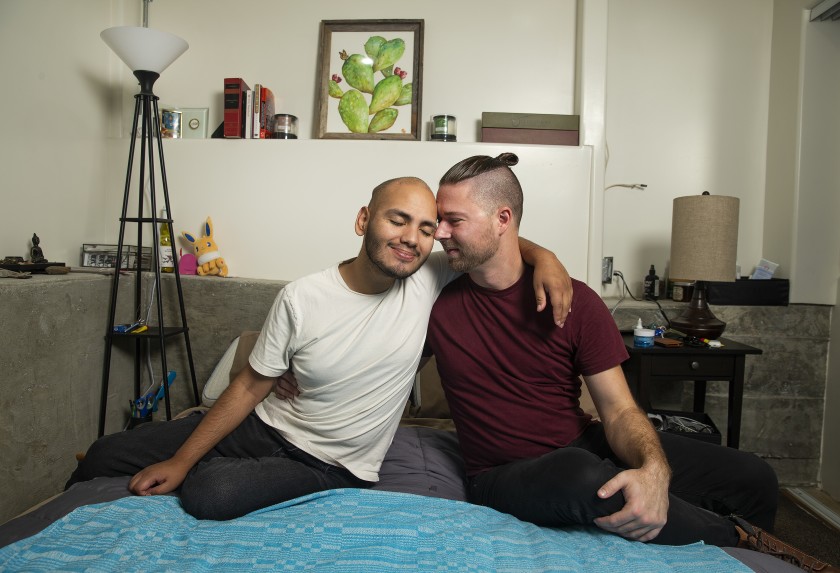 The Los Angeles Times has reported on a twelve-year study done by Maria Lopez. She is a DACA recipient who wanted to learn about the effects of being undocumented on romantic relationships. Such effects turned out to be huge. Many would not marry people they loved because of the insecurity of their lack of status. Others were falsely accused by their citizen partners of only being interested in them with hopes of marriage leading to legal status. Some avoided relationships completely. Lopez’s study resulted in the publication of a book: “Lives in Limbo: Undocumented and Coming of Age in America.”

But some  DACA recipients and their partners chose not to let the uncertainty stop them. Jose Guevara is not only undocumented, he has been fighting a fifteen year battle against leukemia. He was brought to the U.S. from El Salvador when he was ten years old. He met Stephen Johnson, a U.S. citizen, online two years ago. Jose was upfront about both his status and his illness. Johnson didn’t care. They had found a connection. One year ago, they were married and became the Guevara-Johnsons. They know they will face challenges, but they feel up to it.

Sign in with or
Don't have an account? Click here to create one.
Please check your e-mail for a link to activate your account.
LA Times Story
An article about DACA recipients, one of which has Leukemia and married a U.S. citizen
About