They thought she'd be back in a few months. How trying to do the right thing penalized their family. 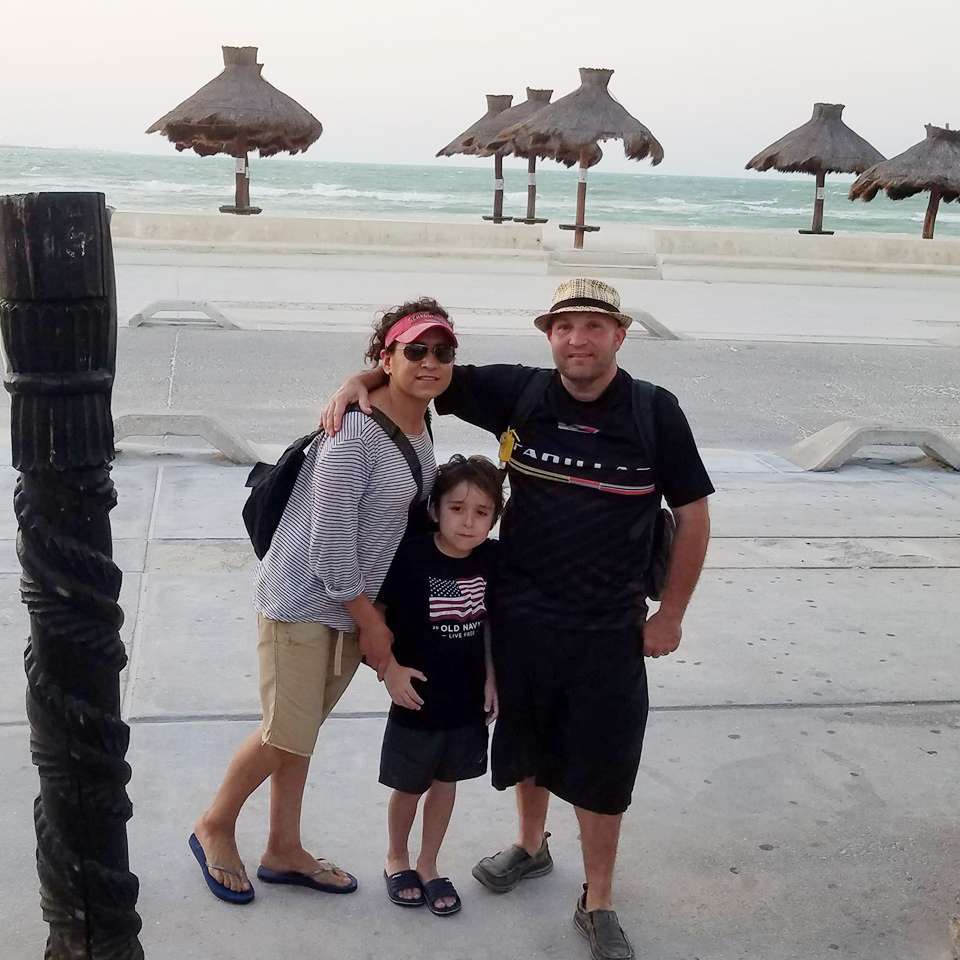 “I want mommy. When is mommy coming home?” Little Ashton Rochester, 5 years old, looked up toward his dad from his hospital bed. Dad — Jason Rochester — struggled to control his tears. The two had just returned from Mexico where Ashton had gone to visit his mom, Jason’s wife, Cecilia. While there Ashton had been diagnosed with kidney cancer. He needed surgery, chemotherapy, and radiation in the United States. Cecilia could not be there with them. Jason was facing the hardest time of his life.

Jason and Cecilia had met when both worked at a UPS warehouse. He offered to help her with heavy boxes and they took lunch breaks together. He was smitten with her smile and her laugh, but she wouldn’t go out with him. It went on like this for two years. Finally, a Mexican man who worked there told Jason that Cecilia was undocumented. Jason told her he didn’t care about her immigration status.

Cecilia had crossed the border illegally in 2000. She had returned to Mexico and then come back to the United States. Border Patrol caught her crossing illegally twice. While in the United States, she worked hard to earn a living and was careful not to break any laws. During her years here she never got so much as a traffic ticket.

As Jason and Cecilia got to know each other better they fell in love, just like millions of other couples. She remained concerned about her status, but Jason told her he loved her and they could work it out. They married and added their son to the family. Cecilia became a stay-at-home mom, a role she loved. They were happy and lived a life like any other family. 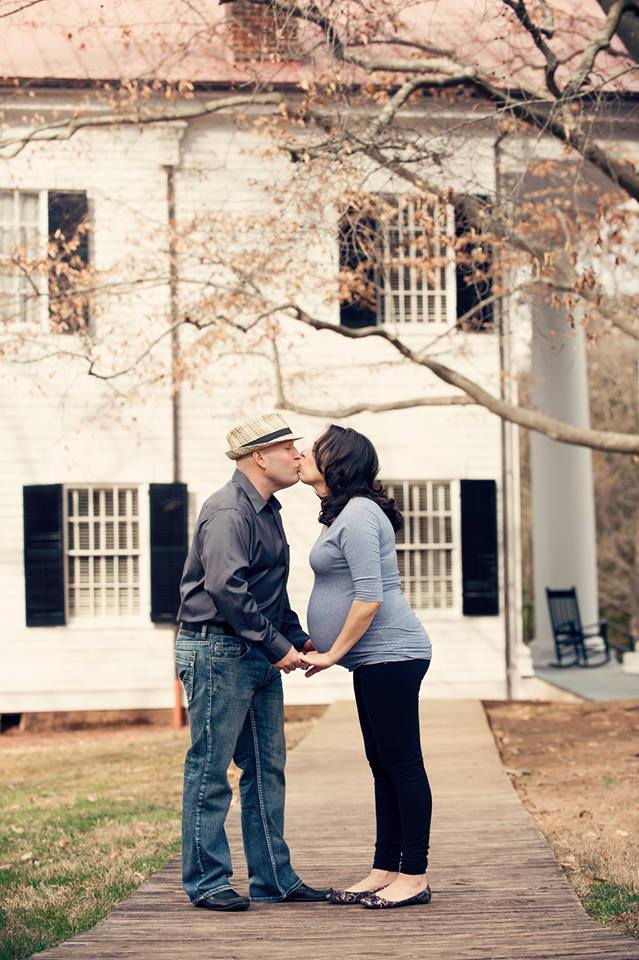 Then came 2016. Donald Trump’s rants about “bad hombres” and “murderers and rapists” from Mexico concerned Cecilia. Jason supported some of Trump’s other policies, and he believed Trump when he said he was only going after bad people. Soon after the election Trump “took the shackles off” ICE agents by signing an executive order directing them to arrest and deport as many of the 11 million undocumented people in the country as possible. At least one million of those people are married to U.S. citizens, some of them active-duty military. They live in fear that their spouses may be deported while they are overseas. Jason advocates for them as well as himself. Traditionally, marriage to a U.S. citizen usually resulted in approval for permanent residency, but that changed in 1996. Most Americans are unaware of this policy.

Cecilia lived in fear of driving Ashton to the park or going shopping for groceries. Jason and Cecilia decided they needed to make things right. They went to an immigration office where they learned that it wouldn’t be so easy. They had to report for regular check-ins and, when agents began talking about deportation, they hired an immigration attorney. That’s when everything got complicated.

Their lawyer told them that if Cecilia would self-deport he could have her back in the United States in less than a year. The couple made an arrangement with ICE: If Cecilia could stay until after Christmas she would self-deport. ICE agreed.

After the family enjoyed the holidays together, the three of them flew to Mexico to help Cecilia settle in. When Jason saw the poverty and poor health of the people in Cecilia’s hometown he arranged for her to move to Merida, one of Mexico’s safest cities. Jason and Ashton returned to Georgia. They were hopeful everything would go well. Ashton could visit his mom during summer vacation from school. It was on one of these visits that the little boy’s cancer was discovered. 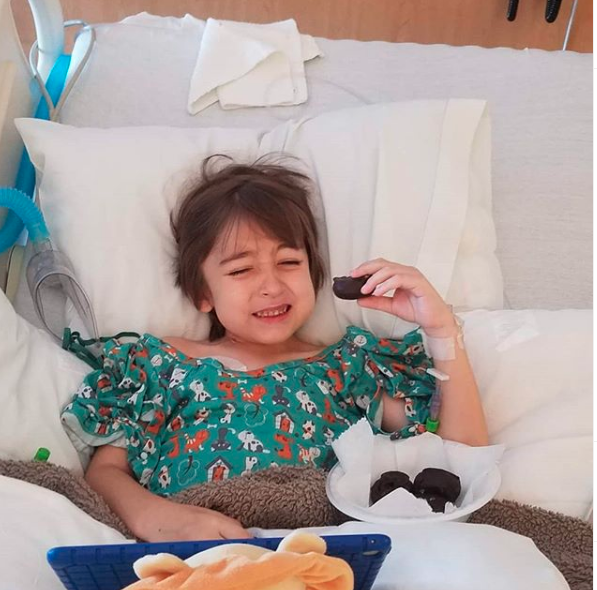 Cecilia applied for humanitarian parole to be with her son during treatment, but was denied. It was a nightmare for both parents. Jason had to deal with treatment without his wife while Cecilia remained alone and frightened for her son.

After Ashton finished successful treatment Jason put every effort into reuniting his family, but when he checked on the progress of their case he received devastating news. Due to Cecilia’s earlier illegal border crossings she was barred from even trying to return to the United States for ten years. Depending on individual circumstances, other American citizens have spouses with bans with a range of three years to lifetime. In Cecilia’s case, after ten years, Jason can try to sponsor her return. There is no guarantee of approval.

Ashton missed his mother desperately. He drew a picture to send to Donald Trump showing himself, just a kindergartener, standing in a puddle of tears for his mom and begging the president to bring her home. His classmates drew additional pictures and wrote letters for a scrapbook their teacher sent to  Trump. They got no response.

Jason decided the only option was to get as much publicity as possible in hopes that someone could help. He contacted his Congressional representatives and sent Tweets to Trump, Kim Kardashian, and Oprah Winfrey. The Los Angeles Times ran a story and he and Cecilia were interviewed on CNN. Jason was also interviewed by Atlanta radio station WSB as well as The Brad Show Live on YouTube. Publications in Brazil, France, Germany, and West Africa carried the family’s story. Jason joined American Families United and promotes a petition there which urges the passage of the American Families United Act. He has saved money just in case immigration reform is passed that requires undocumented immigrants to pay a large fine.

Despite all these efforts he has seen no change in his case. Sometimes Jason wishes he and Cecilia had not tried to remedy the situation, that they had just gone on hiding her status, so at least the family would be together. He feels caught in the middle when the publicity he seeks leads to condemnation by strangers. Some Trump critics say he deserves no sympathy because he voted for Trump. Some Trump supporters say he deserves no sympathy because he married an undocumented immigrant.

Jason is a devout Christian, and he believes God will bring his family back together. Until then, they will use FaceTime and have family visits in Mexico whenever possible. Jason will continue to support two households in two countries, but he will never stop looking for avenues to change the law because he feels he has no other choice. He and Cecilia share a deep love for each other and for Ashton and believe they belong together as an American family.