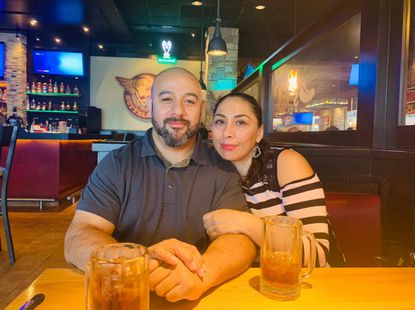 In August of 2018, Alejandra Juarez sobbed as she held her two daughters at Orlando International Airport. She was self-deporting to Mexico. Her husband, Cuauhtemoc “Temo” Juarez, a U.S. citizen and U.S Marine veteran, had exhausted all avenues to keep his wife in the United States. After she left, the family continued to try to find a way to bring her back. They had the help of U.S. Representative Darren Soto, D, Kissimmee, FL. Soto introduced bills to protect spouses of veterans, but the bills never even left committee.

Now, with a new administration in place, President Biden’s early actions on immigration have given the Juarez family new hope. Alejandra is especially optimistic that she will be able to return. Rep. Soto has refiled his bill, which would give deported spouses of veterans a Visa and allow them to return to the U.S. while they work through their immigration cases. With Democrats holding both Houses of Congress and Biden in the White House, the bill now has a much better chance. Alejandra has hopes for even more: that comprehensive immigration legislation will be passed so many more families can be reunited.

American Families United represents U.S. citizens, whose spouses are the highest priority for legal immigration. You can help us by subscribing to our emails, volunteering, joining us on lobby day, signing our petition, or donating to our cause